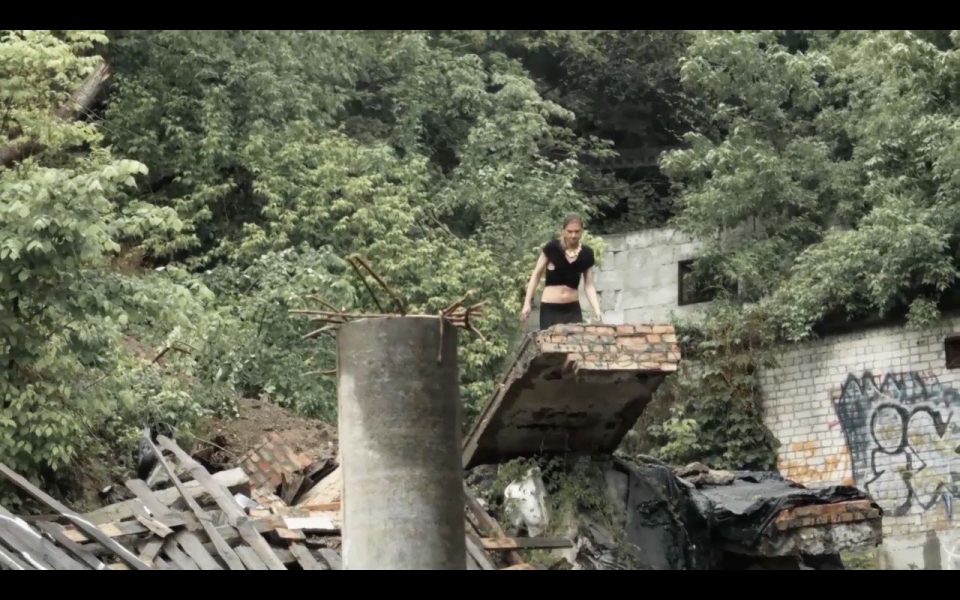 10 July in the evening at 20.00
at the Narva Art Residence, Joala 18
Entrance for a donation

Landslide represents post-revolutionary Ukraine through a community of people who ‘try to build a new society’ in the cracks and pores of a collapsing social system. The film unfolds in central Kyiv, in a space that has been reclaimed from the city by forces of nature. As a result of a series of landslides, the area of Petrivska street has become untenable and was subsequently occupied by the outcasts and outsiders of all kinds. A secretive graffiti team, a group of tech geeks and an avant-garde queer theatre that fled the war in Luhansk all struggle to create a place where they could coexist outside the pressure of dysfunctional social structures.

The film describes a situation in which place and circumstance form an eco-system of mutual aid and solidarity that unites a wide variety of people beyond identity politics.

Oleksiy Radynski is a filmmaker and writer based in Kyiv. His films have been screened at International Film Festival Rotterdam, Kurzfilmtage Oberhausen, Docudays IFF, the Institute of Contemporary Arts (London), and S A V V Y Contemporary (Berlin), among others, and have received a number of festival awards.

Before the screening, Egor Rogalev, coordinator of the refugee help center at Vaksali 19, will give more detailed explanaition of the film’s context. We will also collect donations for initiatives helping Ukrainian refugees in Narva.