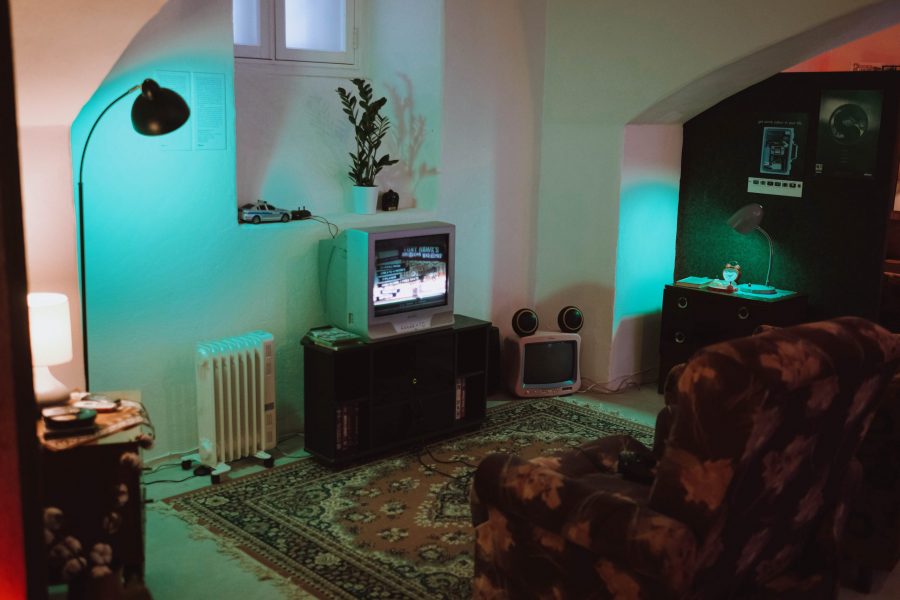 Narva Art Residence’s “VGA” (Video Games and Arts) project brings retro video games and contemporary art under one roof. On the basement floor, you can visit a museum of video games and in the exhibition halls an art exhibition. The project will also have a busy programme of workshops and meetings, as well as an educational programme for children and youth groups.

The diverse world of video games will be presented by LVLup!, the first interactive video game museum in the Baltics, founded in Tallinn in 2018 by enthusiasts Andrejs Rusinovskis and Camille Laurell. Nintendo, Sega and Sony PlayStation consoles are all present. The museum is located in the basement of the residency building, entrance is from the basement door on Spordi Street.

“We want visitors of all ages to have a good time, so there are few rare items – mostly exhibits that will interest everyone,” says Andrejs Rusinovskis. “Older people dive into their childhood: ‘Battle City’, ‘Contra’, ‘Mario’. For the youngsters, we have the plastic guitars and drums of ‘Guitar Hero’. Kids will definitely enjoy Kinect. All these things are relatively new, but still: Kinect was released in 2010, 11 years ago, the first Hero games were created in 2007, so that’s history too.”

The project is being implemented in partnership with the British Council under the People to People Cultural Engagement program.