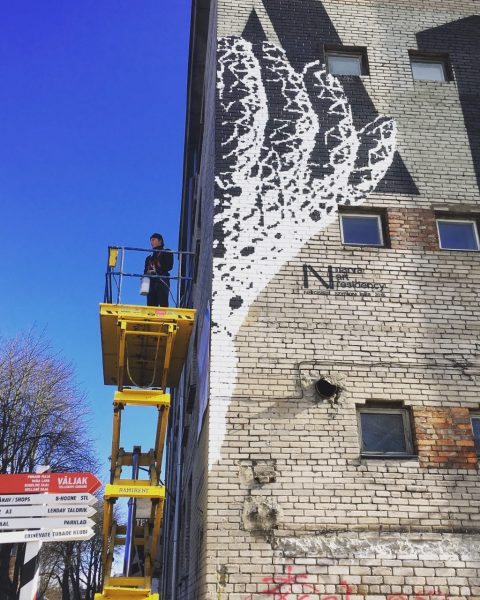 Narva Art Residency presents a large scale mural NARcissism on the wall of the Telliskivi Creative City. The mural is inspired by the Kreenholm textile factory as a society, its products and creators. The author of “NARcissism” is a former resident of the Narva Art Residency Szymon Kula.

According to the definition by Sandy Hotchkiss, narcissists see themselves as perfect, using distortion and illusion.

An image of a lace glove, appropriated from the old knitting handbook, has been blown up and transferred onto the wall of the building. In the preparation process it has been taken through multiple stages of distortion – first scanned digitally, then divided into sections, fragmented, scaled and rasterized. The final image is constructed out of pixels which appear as abstract and geometrical when seen from close up.

Looking from the distance pixelated patterns form an illusion which makes an initial image recognizable. This optical mechanism can be referred to the psychological conception of narcissism as dysfunction caused by one’s inability to distance himself from his own image. Simultaneously the texture of handcrafted object has been represented through pixels which are strongly rooted in the digital sphere. In this way, the idea corresponds to the transition from hand production to digital orientated manufacturing.

Pixel structure can be also referred to the bricklaying pattern, especially prominent in Telliskivi district. Located in the context of the post-industrial architecture the mural forms an attempt to redefine and reactivate this kind of infrastructure. Projected at the corner of the building the hand is metaphorically climbing up the wall in the decadent gesture or perhaps holding the two sides of the construction together. Blown up representations of stitches resemble the plant growing and weaving on the facade of the building. It can also be seen as a missing glove, picked up from the ground and waiting for the owner.

According to the idea of the project second glove from the pair is going to be painted in Narva in an analogical location. In light of this, the two murals will function as a diptych, speaking about the particular relationship between the two cities.

More photos of the work here. 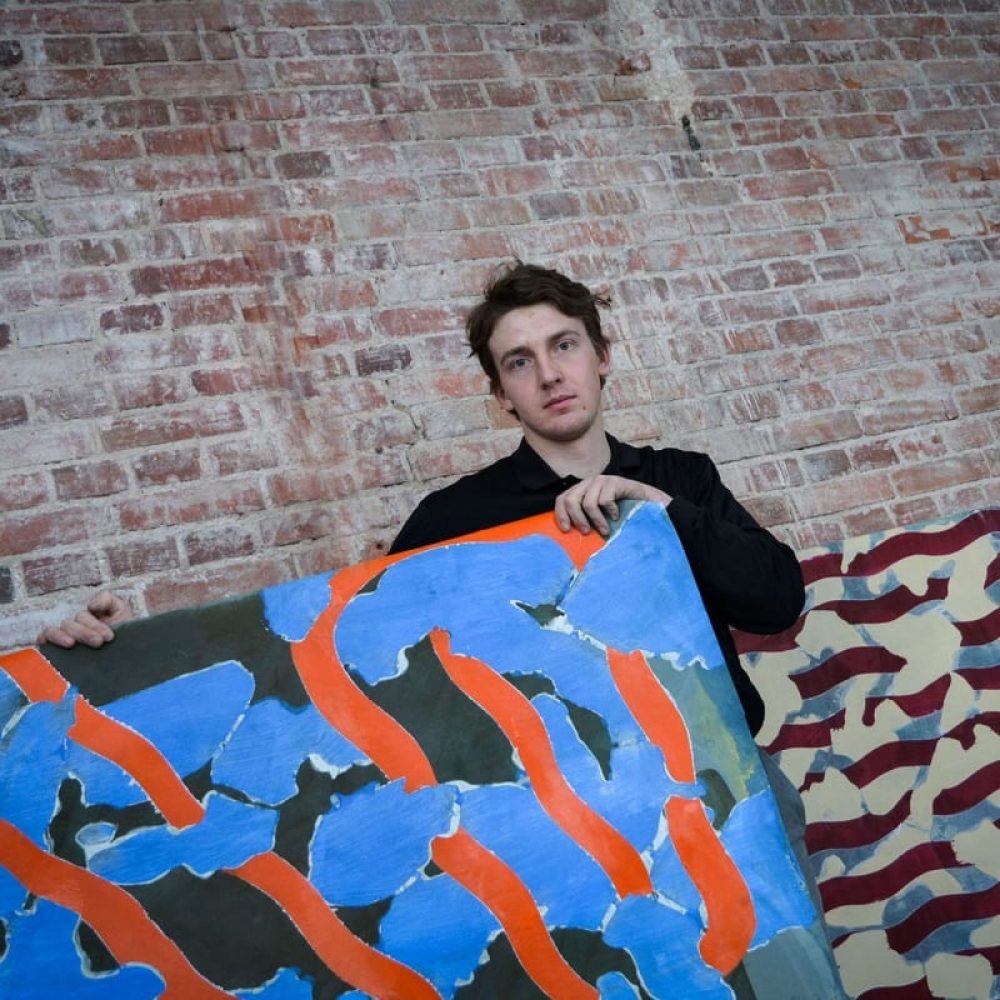