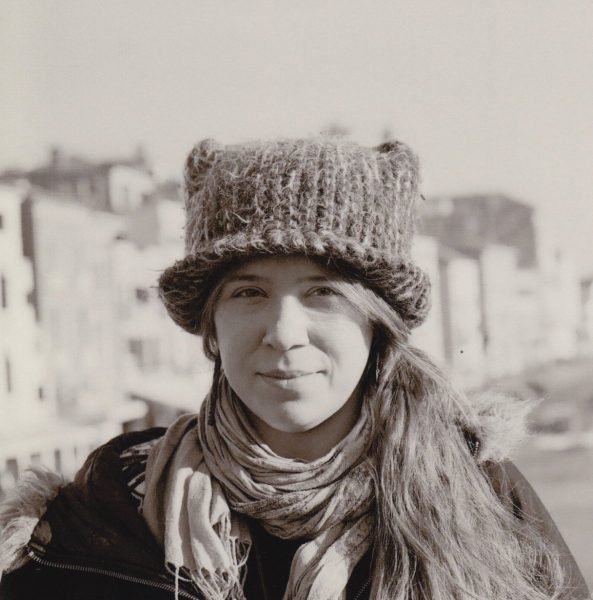 Johanna Rannula, the new head of the Narva Art Residency (NART), brings her experiences from the museum field such as creating participation and involving visitors.

Rannula has been the head and project manager of exhibitions and events at the Tallinn City Museum for the last three years. Highlights include projects such as the celebration of the “Tallinn 800” anniversary in cooperation with the Danish Embassy, ​​Frederiksborg Castle and the reception of the Queen of Denmark, the Kiek in de Köki Fortification Museum’s exhibition “Urban Animal. Cow, Bedbug and Dragon in the History of Tallinn” project management, Photo Museum’s “Isolation Dialogues” and the creation of a new concept for the Tallinn Russian Museum.

Johanna Rannula has been working as a photo artist since 2018, when the photography and object exhibition “Siberian Souvenirs” about the memories of the deportees and the objects brought from Siberia was opened. As the art project of anthropological documentary photography continued, it became an exhibition “Siberian White” at the Vabamu Museum, reflecting on the brighter tones of Siberia. Thus, as an artist, her focus is on local memory, nostalgia and aging.

Johanna Rannula took her bachelor’s studies to the Netherlands, the city of Maastricht and also to Tokyo for a semester. She graduated from the Estonian Academy of Arts with an MA in urban planning, during which she went on exchange studies at the art academies of St. Petersburg and Lisbon, and later on internships in Venice and Bucharest. She has dedicated her dissertation to the possibilities of reusing industrial heritage, on the example of both factory buildings and railway heritage.

Ida-Virumaa is already familiar to Rannula, because her country house is located in Lüganuse. Rannula has helped organize cultural and environmental events in the area and publish books based on local traditions. For example, the environmental and cultural festival Purfest has been held for more than 10 years and has drawn attention to the pollution of the oil shale industry.

At NART, Rannula is the first to focus on involving and speaking to the community, looking for opportunities to offer them attractive exhibitions and events. The aim is also to make a residency, which is located in a building built for the residence of the former director of Kreenholm, with the help of light and outdoor installations.