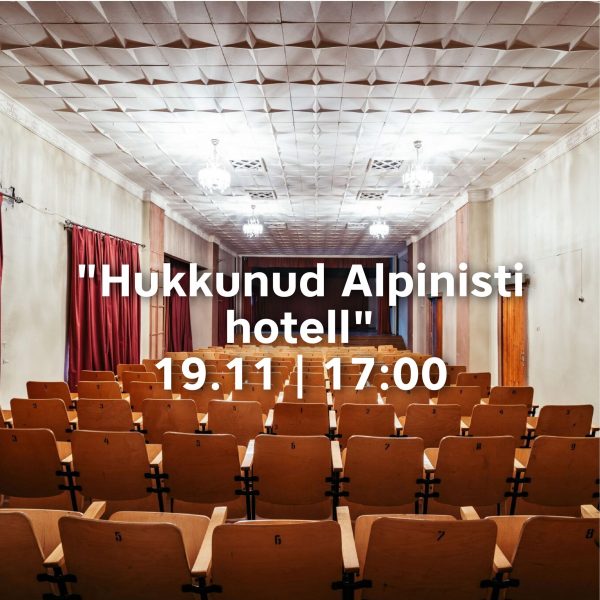 The newly opened AMALIE cinema will host its second screening on Saturday 19 November. This time, we’re going nostalgic with Grigori Kromanov’s thriller “Dead Mountaineer’s Hotel” (1979). The mysterious science fiction film is based on a story by the Strugatsky brothers and stars Uldis Pucitis, Jüri Järvet, Lembit Peterson, Mikk Mikiver and others.

The plot follows the story of Inspector Glebsky, who arrives at a mountain hotel where strange events begin to happen. One of the guests is found dead, and the inspector springs into action to find the culprit. The more he learns about the guests at the hotel, the more mysterious the situation becomes.