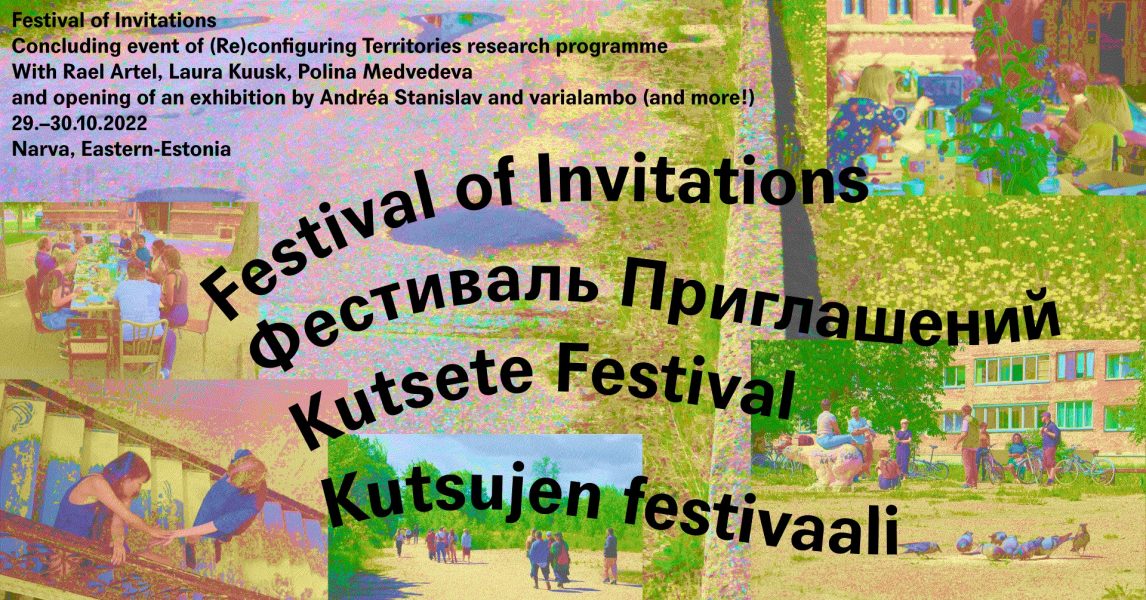 Next weekend (29.-30.10) we are hosting a festival at NART. The festival is called Festival of Invitations, and it consists of lectures, discussions, workshops and a celebratory dinner at the Narva Art Residency and its surroundings. The event also celebrates the opening of an exhibition by varialambo and Andréa Stanislav.

The event starts on Saturday with a seminar on the 29th of October and continues on a Sunday morning with workshops and performances. The festival is free of charge and is translated in both English and Russian.

This event is the concluding part of four-year (Re)configuring Territories research project, and we hope that it will bring together both those who have participated in the project in the previous years and those who have not yet become familiar with it.

During the last four years, we have been able to spend time in Narva, thinking about issues related to its future and the Baltic Sea region, together with local residents, artists and researchers from many different fields. For us this festival is a way to share the thoughts, poems, videos, conflicts between worldviews and ways of being together we have developed and got to know during this time. You can find more information here: https://reconfiguringterritories.net/festival-of-invitations/