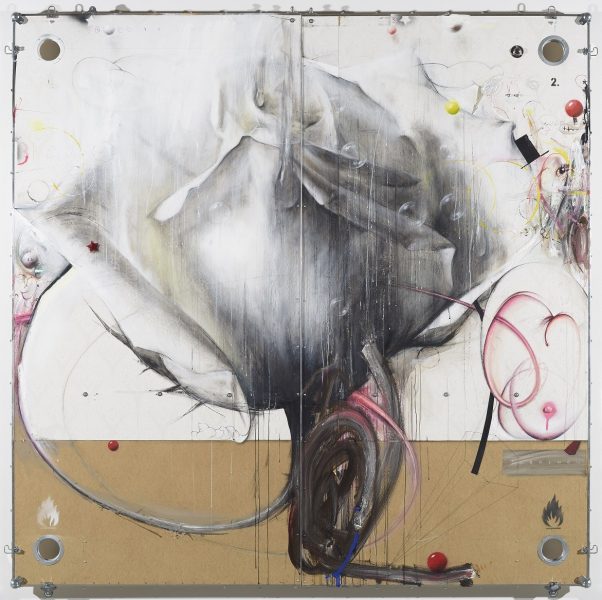 On display at the Narva exhibition, there are five large 2,5 x 2,5-metre paintings, of which four are floral images and one is a portrait. Such beautiful floral blossoms and portraits are not based on live models but on their visual constructions. The artist has been intrigued by the relationships between reality and illusion, the static and the dynamic, and by those existing between two- and three-dimensional ratios. Some of the paintings were completed by the artist for the exhibition held at the Parikaste House in Tallinn last autumn, where alongside with the painted surfaces and images, he used authentic wallpapers, such as they would have been in an early 20-th century wooden house in Tallinn.

Other works have been created especially for the villa of the former director of the Narva Kreenholm Manufactory, a 19th-century historicist residence. Since his works are rich in cultural connotations, Laurentsius insists that alongside himself, the authors of his paintings are also the artists whose works have been his source of inspiration. The works of both Laurentsius and Morris were on display at the Parikaste House — referring to the father of design and synesthetic artistic thought, William Morris. In Narva, any references to specific partnerships have been left open.

The exhibition programme also includes a painting workshop instructed by the artist, an animation workshop for children based on the motifs of the paintings, and a seminar on early XX century art, concentrating in more detail on industrial art and artistic life in Narva.

The artist is interested in the relation between the beautiful and the unattractive; how these notions have changed through time and in various cultures. How to depict a banal, overexposed motif in such a way, that it is intriguing to both the artist and the others. 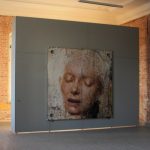