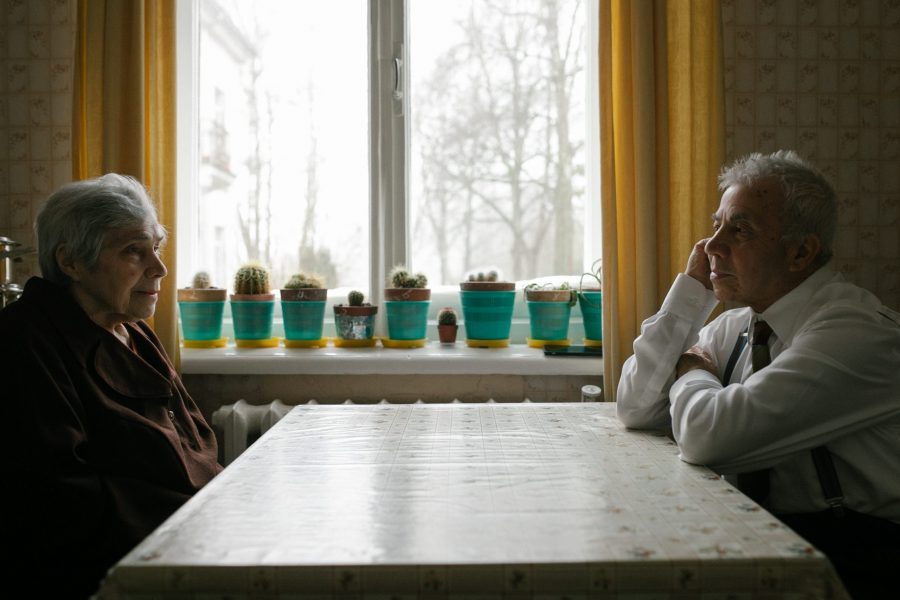 The exhibition is made of a selection of photographs of the city and people of Sillamäe taken in 2018-2022. In addition, there is an art work by Aala Gitt, director of the Sillamäe Museum and artist. There are also old photos of the city and its people from the archive of Sillamäe Museum. The latter are accompanied by a soundtrack by local artist Simon whose music project is called SÖMO.

Sillamäe as our own “monotown” came into being after World War II when a secret uranium factory was built on the site of a former resort and a town was built to serve it. For a long time, Sillamäe was not marked on maps,  an alternative name was used in address and access to the town was by special permit only. Most of the city’s elderly population has been living here since the late 1940s and came from different parts of the former Soviet Union. Still about 95% of the population is Russian-speaking. The restoration of Estonian independence and the collapse of the USSR had a difficult impact of the people of Sillamäe, a town that had been closed to Estonians – suddenly the Russian-speakers were residents of a foreign country of which they knew very little. How do these people feel today, how do they see the city, its past and its future? Saamuel seeks to answer these questions in her photo project and she did the same in her doctoral thesis.

The exhibition is supported by the Cultural Endowment of Estonia.
The photos were printed by ArtSmart Prindistuudio.