I work at the intersection of art and science; my work deals with societal phenomena that shape our world. These
relate to current discussions that describe human beings as the main force changing the Earth’s surface. In the
last years water is of special interest to me. I see it as the element that all things on Earth, have in common. It is the connector between stories of different places and layers, running through everything that exists on this Earth, from clouds to data centers. The last years I was living along different rivers and am now back in Vienna breeding sturgeons on an artificial island to re-establish a healthy population in the Danube.

During my residency at NART I will investigate the relationship between the Narva river and its
inhabitants of the city of Narva.

Week 1-2:
Research and engagement with communities on the ground, historians, fishermen, and local artists.
Museum and archive visits.
Start of interview series and initial recordings Archive visits to create the audio walk, recording individual episodes and locating them in the city

Weeks 3:
Creation of the audio walk, locating in the city.
Audio recordings of the individual episodes of the soundwalk on the riverbank and in the city,
cooking and discussing the relationship between the river and people, open to the public and inviting
local experts to participate.

During my residency at NART I focused on the river Narva and its inhabitants. My plan was to create a soundwalk dealing with the multilayered identity of the river spanning from Deep Time to possible futures for the river. In my practice I combine my work as a freshwater ecologist and my interest and fascination for wetlands. To find out more about the Narva I met with local fishermen, historians, archivists, wildlife preservationists, sturgeon breeders, bird watchers, technicians, and water lovers. My daily routine consisted of long walks and bike rides along the river to record sounds above and underwater accompanied with underwater videos. Further on I travelled to the mouth of the river, its confluence with the sea and its source, lake Peipus. In addition, the extractive history of the area was of special interest to me, and I visited different mines and quarries. These visits were important to understand the history of the place and see the landscape with different eyes. Hills were not only agglomerations of soil but markers of subterranean activities. They are totally manmade, to be precise most of the time women formed these “mountains” with their bare hands when sorting the stones to look for fossil fuels.

Many of the local river experts mentioned the powers of the river and the myths and folklore related to the river. These findings made me realize that to re-initiate this close connection to the river we might need new river spirits and tales related to the muddy waters of the Narva River. It was great to research in the area around Kulgu as it showed the deep connections people have with their waters, even though this specific part is rather new. As it formed due to the construction of a hydroelectric dam that formed the reservoir.

My most memorable moment in Narva was meeting Sergei, a local fisherman, and having the opportunity to spend time with him. He was so generous in letting me peak into his daily life and what he treasures the most – being outside together with nature. Understanding that he is part of this system and caring for the river and its inhabitants so deeply. This made me very humble. 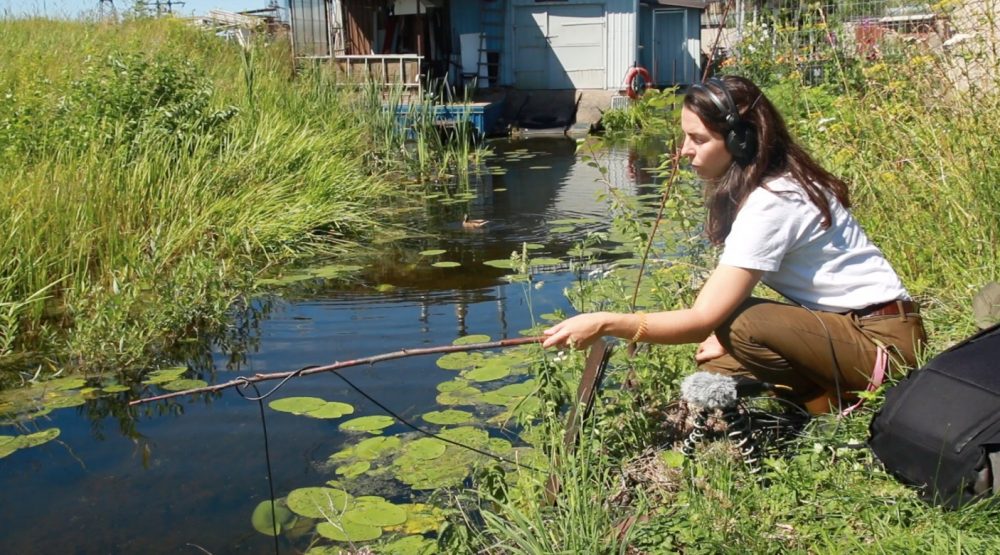